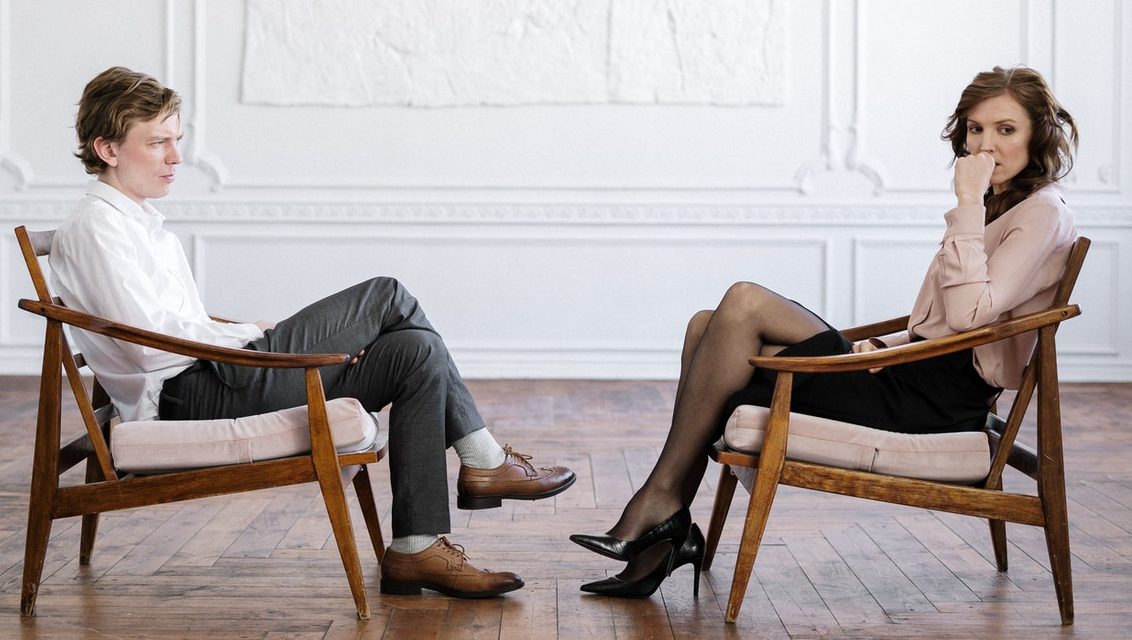 Sorry, Katniss, and all the other tributes, but the odds will never be in your favor when it comes to this and it’s time to face it: Debt causes marriage problems.

Statistics are changing, but it’s safe to say the current divorce rate is just under 40 percent. So instead of half of all marriages ending in divorce, it’s a little more than one-third.

Add on the seven out of 10 college graduates begin their adult life already in debt from student loans, according to Forbes. And between engagement, lavish weddings, and moving expenses, there are even more opportunities to dig further into debt.

All that means this:

There’s a high chance you will marry someone in debt.

Before you walk down the aisle and make the biggest promise of your life, take a step back.

Put the rose-colored sunnies down for a minute and get a good handle on how debt is causing marriage problems.

Before you can understand why debt is such a big deal, I want to be fair.

There are outliers, exceptions to every rule.

Not every couple who marries is doomed to financial struggle.

And money isn’t the only homewrecker.

(There’s pornography/infidelity, substance abuse, physical abuse, and a few other biggies. But, I digress.)

The point is those money-marriage statistics should be an attention-grabber. It should make EVERYONE pause and think long and hard to avoid becoming part of the statistic.

Don’t be so naive to think debt can’t break up your marriage. The numbers don’t lie.

Just educate yourself, then make decisions.

Why Does Debt Matter So Much Before Getting Married?

It’s simple, so simple we often can’t see it.

Those are some strong, complex feelings.

No one can just grin and bear that all day, every day for the rest of their life.

No one can truthfully say that sort of mental burden is something they would voluntarily live with.

In addition to the mental strain, there’s the low quality of life day in and day out.

Does Money Guarantee a Successful Marriage?

To be clear, money and material possessions don’t bring happiness. And they don’t divorce-proof a marriage.

Just look at all the celebrities with their gobs of money, but high rate of failed marriages.

Is it possible to be reasonably happy while in debt?

Yes. There’s no direct correlation between money and happiness.

Debt takes away the power of choice.

It subjects you to the scrappy, low-hanging fruit, which is usually the most undesirable.

And in marriage, that kind of restriction makes it very difficult to enjoy life. You’re stuck in the hamster wheel of life, constantly trying to get out your situation.

That means less time with your spouse. And the time spent together is after being chewed up and spat out. You’re physically exhausted and just stressed the flip out.

Here’s the real issue: Debt is not the real problem.

It’s everything that comes with it.

Then, all those character flaws (and more) just bleed into other areas of life.

Think looking at debt and money management skills in a life partner makes you a gold-digger?

My question is are you comfortable eating cold cereal and peanut butter and jelly sandwiches the rest of your life while living in roach-invested government housing?

Granted, that’s an extreme case, but the risk remains.

Turning a blind eye means you run the risk of your spouse leading you down a path of poverty.

Everyone has a breaking point, a point where the debt WILL impact you.

Even if you’re OK with the roaches and sandwiches, debt and all its associated problems will find a way to bring you to your knees.

Let’s be clear: Debt means that you are in the negative, in the hole, no matter how much your yearly salary or household income is.

“We’re good,” Mr. Jones says, as he books another vacation.

That’s an illusion. It’s a trap.

Debt in Marriage Likely Means a Lower Quality of Life

Hello, from the other side: I say all this as someone who’s been through it and lived to tell it.

Debt has ruined my marriage, at least the first 7 years of it.

It has been a combination of debt, low-income, and poor financial decisions. But debt has been the root.

I entered my marriage with about $30,000 student loan debt from an unfinished master’s degree. My husband had close to $80,000 debt from a combination of student loans and medical bills.

I don’t remember having a serious talk about debt while we were dating.

We went to pre-martial counseling, but we didn’t take it seriously.

It wasn’t until about a year later. That’s when we started looking into homes and seeing how debt and delinquency reared its ugly head.

Debt told us where we could live, what we could and could not buy.

Nothing is enjoyable about wearing the same clothes for 15 years, walking in shoes until there are holes, and using your last bit of savings to pay rent.

Nothing is enjoyable about waking up in your 1,000 square foot government assistance apartment to roaches in your kitchen (even though, you sweep, mop, and Lysol the countertops every night).

Nothing is enjoyable about celebrating special days with frozen pizza and your parent’s Netflix account.

But that was our reality for YEARS.

Add a couple babies to the mix and you can imagine our marriage was miserable. Completely oppressive. We were hanging on by a thread, hating life and hating each other.

Don’t let that happen to you.

The way you do that is to secure your financial future. Have a plan.

Wait Until Debt-Free Before Getting Married?

Is marriage even worth it if you or your significant other is in debt?

That’s a tough one. And there are several opinions out there.

I’ve had nights crying in the closet, buying food with government assistance, and shopping at Goodwill to clothe my children.

Ultimately, all because of debt.

Then, again, I’ve had mornings of spontaneous dancing in the kitchen, sweet notes in my lunch bag, and a shoulder to cry on when life is hard.

All because of marriage.

So, should you marry someone with debt? Should you even enter a serious dating relationship with someone in debt?

My personal opinion: Avoid it. Don’t do it.

I know that sounds harsh. I know it sounds shallow.

But, I’ll say it again: Marriage is hard enough. Why add debt and money problems to the equation?

On the flip side: No one is perfect.

Everyone brings some less-than-desirable trait to a marriage, whether it’s debt or something else.

The advantage you have before tying the knot is you get to decide if you will be willing to put up with it.

A better approach to the question would be to look at the person’s willingness to address their debt.

And the proof is in what they are doing now.

Are they brushing off their debt, spending like there’s no tomorrow, satisfied with a low-income job, and think debt is OK?

Or do they have a plan and the genuine motivation to get out?

Debt and money is largely about values. And that’s the bigger picture here.

So debt doesn’t have to be a dealbreaker – IF AND ONLY IF the person is willing to go all in to clean it up.

Debt is a life or death issue, not just . It’s that serious.

What if I’m Already Engaged to Someone in Debt?

If you want to marry someone in debt, it’s your life and you can do what you want (the “perks” of adulthood).

But I beg of you, go into it with your eyes open.

That means, know the risks and be honest about about the impact.

And by all means, make sure you and your future spouse have the same money mindset and have a detailed plan on how to get out of debt.

If you don’t, I promise you, you will have conflict. There’s no way around it.

Even if you won the lottery (which I don’t suggest even wasting your money), being divided on money will still cause problems because money is connected to every part of our lives.

I’m not saying money is life. Never that.

But while money opens doors, it closes doors. Your financial resources determine your quality of life.

Some questions to ask yourself:

Have a clear view of your goals and how you can realistically achieve them.

Marriage is a huge commitment. You may think you know. But you have no idea. Not until you’re in it. And then you’re stuck.

Now, everyone has different stances on divorce.

But everyone has the same view on marriage and it’s this:

They want their marriage to last.

No one gets married expecting it to fall apart.

If anyone had any doubt their marriage wouldn’t last, they just wouldn’t get married. Plain and simple.

So if you want it to last, you should do everything you can to make sure it does.

Remember the odds are against you. You’re swimming upstream.

While money is a big issue in marriage, it’s not the only issue.

I suggest every couple go through pre-marital counseling and TAKE. IT. SERIOUSLY.

Here me: don’t be afraid to end a dating relationship or even call off an engagement because of red flags.

Hopefully, this article helped you understand how debt causes marriage problems and how you can avoid it.