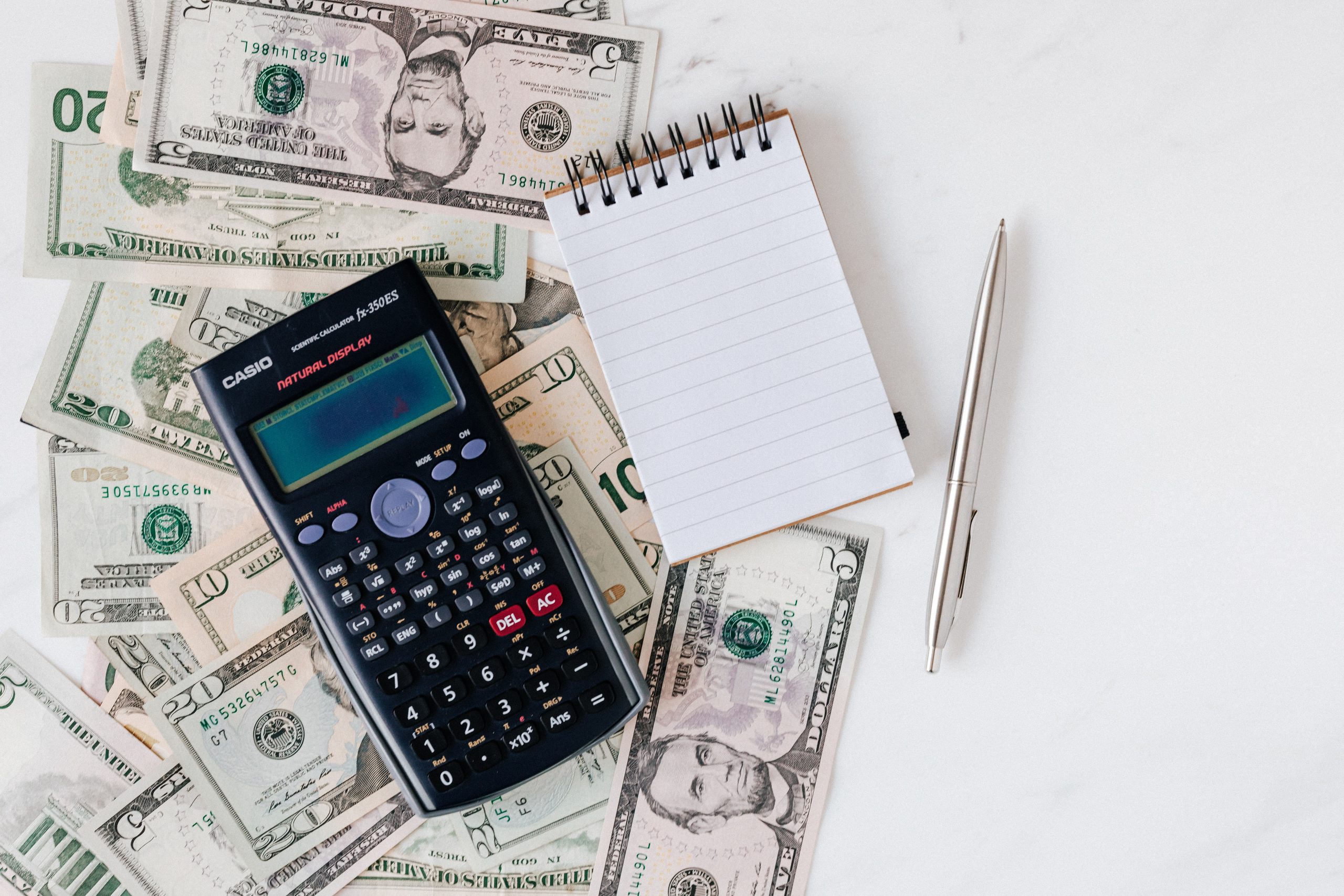 You make a monthly budget, but you still end up with more month than money.

But that’s just how it is when you have a low income, right?

The zero-based budget is the answer. But you can’t stop there.

The secret is breaking up your monthly budget by paycheck. You budget every time you get paid. Then, you save the leftover money and add it to your next paycheck.

It’s what we call the Rollover System. And it’s been a gamechanger for our family of four living on one low salary.

Instead of a whole month, low-income earners should have a clear plan for every time they get paid.

It’s a balance of paying for the obligations in the current pay period, while saving for the rest of upcoming expenses later in the month.

How Does A Zero-Based Budget Work On A Low Income?

But it looks a little different for us low-income earners with children.

Here’s what we do:

We do a Paycheck Budget instead of a traditional Monthly Budget.

Dave Ramsey says it this way: Budget on paper and on purpose!

Even though we budget by paycheck, it’s still a zero-based budget.

So, a zero-based budget is just making sure you intentionally use every dollar of your income.

How you actually use every dollar is where it gets a little tricky.

A zero-based budget doesn’t mean you spend every dollar just for the sake of spending it.

“Oh, goody!” We used to think when we had money leftover after paying our bills in the middle of the month.

So, we would spend that extra money on things outside the budget.

Then, we were crying by the first of the month when rent was due.

Rent is probably the biggest monthly expense for the low-income family. It is for us.

But without the money from the rollover, we couldn’t afford rent on just one paycheck.

The rollover money that’s leftover after we pay all the bills due in that pay period gets us through so that we can have a balanced zero-based budget.

Why Is A Zero-Based Budget Better?

My husband is a high school math teacher. Sometimes I hear him doing online tutoring at home and I literally think he’s speaking a foreign language.

Making a zero-based budget isn’t that mathematically complicated, though.

And it may take a few months to get it right.

But you can definitely get it.

A zero-based budget means that you put your money somewhere.

The point is you don’t want extra money just hanging out in your bank account with no assigned purpose.

Because you’re more likely to waste it.

That means you’re spinning your wheels on your debt free journey. You won’t make any progress.

If you’re not following a zero-based budget, it will seem like your money is just slipping through your fingers.

Believe me. I’ve been there.

If you fail to plan, you plan to fail.

Commit to doing the zero-based budget.

A Zero-Based Budget Example With Rollover System (Our Actual Numbers)

This is the spreadsheet we’ve started using to help us budget on a low-income.

I haven’t seen any other budgeting sheets that use something like the rollover. So I just made our own.

But the rollover is basically the only way our budget works out.

Here’s how it works:

Our main income comes from my husband’s W-2 job. He gets paid every two weeks.

(I’ve also included a space for any extra money we get from side hustles.)

We list all our income for that pay period.

Then, we look at what bills are due in those two weeks. That includes the regular expenses like groceries and gas for our cars. Those types of expenses are more fluctuating. But we set a realistic amount, then don’t spend any more until the next pay period. The cash envelope system helps with this.

After paying all the bills due that period, there’s usually money left over.

The temptation is just to spend that money, right?

It may seem like we’ve taken care of all our obligations and we can have fun with that extra money.

Why Budgeting Is Hard For Low-Income Earners

The common issue with low-income earners is their paycheck often just barely covers their expenses. Sometimes that bi-weekly paycheck doesn’t even cover the expenses that are due.

That’s when people find themselves having to decide between paying their electric bill or buying groceries, which is often the cause of food insecurity.

It’s a cycle that doesn’t seem to make sense.

The monthly budget works out.

But you still end up short in the middle of the month.

The solution for a lot of families is in the rollover.

Remember: Add the leftover money from one pay period to your income in the next pay period.

That makes sure that you have enough money to pay the bills in the next pay period.

With very little buffer, it becomes vital that nothing is wasted.

The idea is not to stay a low-income earner forever.

You want to eventually get a bigger shovel — that is, earn more money — so you can pay off debt faster, invest, save for retirement, and, as Dave Ramsey says, be outrageously generous.

The solution to making a budget work is not always making more money.

Because I used to believe that to the core.

And I’m sure a lot of low-income earners do, too.

Limiting beliefs keep you from actually find solutions. It allows you to accept defeat before you even try.

I’m a former soldier. I joined the Army Reserves in 2003, shortly after the U.S. went to war with Iraq. I literally graduated high school, then went to Basic Training (boot camp) a week later.

The Army’s job was to turn me and everyone else with me into a soldier, someone ready to defend our country.

They started all that by first changing our thoughts.

They called us warriors, even though I physically was far from it.

They made us memorize a Warrior Ethos, which I actually still remember almost 20 years later.

In order for your budget to work, you have to first believe that it can work.

You can’t give yourself an out or an excuse.

The common excuse is that ‘Oh, I just don’t make enough money.’

That may be true.

You may not make enough money for everything you want to do.

But you can still have a balanced budget.

You can still cover your financial obligations and make a plan toward other financial goals.

Now, there are extreme exceptions. And I’ll address those later.

Get rid of anything that’s not essential. Seriously.

If you’re having trouble affording everything, take a hard look at where your money is going.

Strip your budget to just the bare bones.

That means you may not be able to afford cable and all the streaming services, for example.

How steep you make the cuts also depend on your comfort level.

Believe it or not, there are levels to frugal living.

You don’t have to move to a tiny home and give up paper towels and toilet paper if that doesn’t work for your family. But maybe you can commit to cooking every meal at home instead of eating out.

If you’ve cut your lifestyle to just the essentials and responsibly manage your money, you may still find your budget in a deficit.

That just means one thing: You have to increase your income.

That doesn’t always mean get a whole new job.

If you can get a better paying job, that’s ideal.

But it could just mean take on a side hustle.

It can mean bringing in some extra money every month to patch up the holes in your budget.

This happened all while “budgeting.”

But clearly, we weren’t doing it right.

If you’re married, it’s vital that your spouse knows about the budget. That’s where budget meetings become important.

We had our electric service disconnected because of poor communication and disorganization in our budget.

It was literally the only time in my 35 years that I’ve had my lights cut off.

I had a clogged duct from nursing my new son and went to use the microwave to heat up a rice sock.

The microwave didn’t turn on, which I thought was strange.

But when the wall light switches didn’t work, I figured it out.

Thankfully, it was during the day and we had sunlight.

And we actually had the money to pay the bill. My husband and I just didn’t communicate well enough to know who would actually be paying the bill.

I ended up just doing online bill pay that day and our electric service was turned back on.

But still, who wants that in their life?

Who wants to deal with the reconnection fees, late fees, and all-around inconvenience?

No doubt about it.

Putting It All Together

Try this Rollover Method, if you struggle with your budget every month.

Just break up your month into small chunks.

For some, a month may just be too much to take in, especially for the low-income earner.

But how do you eat an elephant?

One bite at a time.

And don’t put off because it’s hard.

What’s more difficult are the consequences from not budgeting.

You’re exercising a different type of muscle. It will get easier.